Attached is a draft of The Expert class, a d6-skill based class for the Wildwood Manuscripts and other old school style ruling games. It is simply a mortal man with insight on how people and individuals work, as well as a few skills from their old days being a filthy normie who didn't really need to get involved in the untoward shenanigans of adventuring. It is based on Beyond the Wall style rulings, using a d6-based skill set a la Lamentations of the Flame Princess. The goal behind the class is to represent a normal human being who has chosen adventuring but lacks the refined skills of a warrior who has devoted their life to killing, or any sort of someone who has devoted their life to adventuring pursuits.Skills are meant to be specific but broad, nothing that should be hard codified like "Diplomacy" but rather things that imply a level of specific tactical acumen. Like climbing under duress, or keeping a horse calm.

Yoon-Suin: Food for a Yellow City

Figured I ought to update the blog. Been busy lately with some full-time teaching work, but things should lighten up by around the 23rd, at which time I can begin working on the Wildwood Manuscripts again in full. Until such a time, here's a randomizer table for weird meals that could be purchased in David McGrogan's Yoon-Suin setting. I'd say that they cost a fine copper or two and could be served up in certain ways to make them at home among the cockroach clans or the uppercrust brahmin slugmen.

Just a small update, as things are actually happening. I'm working on a Horror game which I hope to have finished tonight and properly laid out shortly thereafter.

Firstly, the second Chromatic Soup is done. Grab it here! Its a nice slice of Americana goodness, hobos, demons who fell up to earth, and floral hellscapes.

The Wildwood Manuscripts are nearing completion. The goal is to do a zine proper, cover a region, and then cover that region through various seasons of change and threat pack/module based incidents. But first things first is to make a gameable material product, which is what the first issue will be.


Part I: Eight Classes, 200 spells (all designed without levels), Random Generators for Class-Specific Gear, and Class Specific Rumors. Basic rulings spelled out in two pages, this is an OSR game with ascending AC (base 10) and d6-based (Number-in-6) Skills.

Part II: Random Generators for Shoddy, Exquisite, and Mundane Arms, Equipment, and Armour. So each character can have a bit of style to them beyond just "short sword." Plenty of fluff to it, but I think that's useful.

Part III: Given the WWMs are inspired by Beyond the Wall's choice of rulings (on some level, there's some LotFP in there) it felt only right to do some Adventure Party Generators for how you all know one another or have met in the past. Generators are for: The Mercenary Outfit, the Expedition, the Pilgrims, and the Deserters. Different classes have some specific options of fluff to choose. Used to generate starting hirelings/henchmen, and rumors the party knows.

Part IV: The Journey. Finalized "Wanderlust" rules from my first post on the blog, with random generic encounters for each of the roles. This took a bunch of effort to write. It was very tiring to do so. I think it'll be fun to have the encounters/incidents, even if you don't run with the system.

It is long at the moment, it might be trimmed a little. Not much setting to it beyond implications in the classes, but that's sort of the point. Ultimately even if folks don't like my choice of rulings, I hope they can at least use the rulings.

Working with an illustrator on it too. Art order for: the Eight Classes, Weapons, and Armor.
Maybe some spot art if need be. We're trying to cultivate an aesthetic for this, while not making it so colorful that none can afford it being printed.

That being said, may as well be lavish if I can.

I want this out by Late November at the latest. Its about 75% done text-wise, just a matter of making sure it all vibes well and has a semblance of balance. I hate writing spells, but they're important enough.

Depending on how dead I am at that point, it'll likely be a quarterly thing.

Should have a few more things for the blog shortly, but I'm busy at the moment. I'll also be participating in this year's Santicore. Should be fun.

The Elf [Fluff]
Upon the first rising of the sun upon the world, the Elfs emerged; naked save for starlight and hedonistic beyond belief. They sang in tune with ancient wicked gods, and from their lips and glistening flesh emerged all things of nature. Trees of thorns, flowers that breathed forth dark dreams, and blackest mold sprouted from their steps. The world was a magical place in those ancient days, but God had to grace the world with his presence; and as such the Elfs fell to damnations most dire.

The ordaining of the world shattered the least of the Elfs into miasmic clouds of fey dust, with the strongest of their kind being forced to align to the new ways in which the world spun. Spring, Summer, Autumn and Winter became their blood, and when one was in concordance with the season of the world they could almost taste the sensations of the primal world. But it would always be stolen away as the seasons shifted to the next, providing a new high for some and a wretched low for all others.

When Elf first came into interaction with Man, they saw the flame imperishable of God’s gift; the immortal soul; and in their jealousy engaged in petty skirmishes. Man and Elf warred at times, married at others, and to this modern era many an Elf is still known to pilfer a child from its crib so as to attempt theft of that soul and its power. As reaction to their thefts, God made silver and loyal steel their bane; so that man might better combat them. The most ancient of Elfs remember ancient cities of silver most true, now abandoned to the wilds due to their painful touch.

Elfs are strange, by mortal standards, though to Troll or Dwarf they are not altogether odd. They never need to sleep when their season has begun, making them pursuit hunters worthy of great fear and respect. They can see the lingering remnants of the magical world that was, noticing lies and obscured things as though no obfuscation could take place. They lack a soul, much like a Dwarf or a Troll; which is to say that fiends and the holy hosts of Heaven care little for them beyond use as catspaws and pawns. However unlike other primordial beings they are bound to the cycles of fate, to the seasons, and in seasons antithetical to their own they find themselves greatly diminished.

Why should one adventure with an elf? Well, one should consider that an elf is an immortal spirit that is likely well-learned in ancient lore. They are strong in the use of magic, with powers granted to them on their season of alignment. They can, for a period of time, work without need of rest; and their eyes see strange truths where others see only lies. It should also be considered that despite their tenuous history with humanity, most of the bigotry aimed against them is little more than folktales to the average human. An elf is always something most folks will wish to meet, if only for rumors of the ancient world and to see their glamorous beings.

Silver Sickness & Weakness to Cold Iron: As elfs are the quintessential fey, they are cursed by God to be sickened at the touch of silver and iron. When an elf touches an item of silver their skin will take on a sickened pallor like a drowned corpse, becoming slimy to the touch for the remainder of the day. Elfs also suffer double-damage when struck with iron weapons.

Sights Unseen: Elfs know how the world looked in ancient times and as such illusions and falsehoods are easily discerned. An Elf can find hidden doors and things, see invisible creatures, and see magic naturally at a rate of 3-in-6. They may also detect lies and mistruths at the same rate, though they cannot discern the truth at a success; merely that someone is attempt to trick them.

Bound Fey: All Elfs are bound to one of the four seasons, though they may change which season they are aligned to by way of painful transformation or entering a portal into the fairylands during a season other than their own. During their season, an Elf does not need to sleep to recover health and they need not eat either (save for their own enjoyment). During the season antithetical to their own (Spring and Autumn, Summer and Winter) they are diminished, suffering Disadvantage on a single roll per day at the GM’s request.

Spells: An Elf knows a number of spells as determined by their level plus their Wisdom modifier (meaning an Elf with a Wisdom modifier of +1 would begin with 3 Spells.) The spells an Elf may know are determined by what season the Elf belongs to, as well as a generic list of spells any Elf may know. An Elf must change their spells to the next season whenever they undergo a seasonal change. An Elf may research / memorize spells as per the usual rules, though they may not cast spells if the world is in a season antithetical to the season the spell is from (such as casting a Summer spell in Winter, even if memorized.) An Elf may cast a spell as many times as they desire until it fails, at which point they must wait until the dawn of the next day to cast that spell again.Elfs do not suffer any additional penalty when they fail a spell-casting roll.

Elf Seasons: An Elf changes seasons by way of a painful shedding of their flesh, doing so either by choice when the natural world changes seasons, by going into the fairylands, or once every generation without choice. An Elf who changes seasons must roll a Save vs Enchantment, on a failure losing the ability to cast spells for 1d4 hours per level.

Generic Elf Spells [Any Season May Have These]

Hoof. Just gotta finish up the base Magic-User class, finish cleaning up spells, and adjust all the classes to be more BtW in power and I'm done. The fluff charts and such are fun to make, and will come later.

On spell design, I'm a fan of utility within specificity. Magic should be weird, it should require gestures and words, and you should get better with it over time. Thus I like spells to be advanced by a class's levels, rather than having a cast level situation. I also like "cast til you fail" type stuff. The Priest can cast if they fail, but risk God's Wrath, Magic-Users will have a similar situation but more control over it. Elfs remain Vancian in just losing the ability to cast until the next day's dawn, due to just being magic in nature.
at September 23, 2017 No comments: 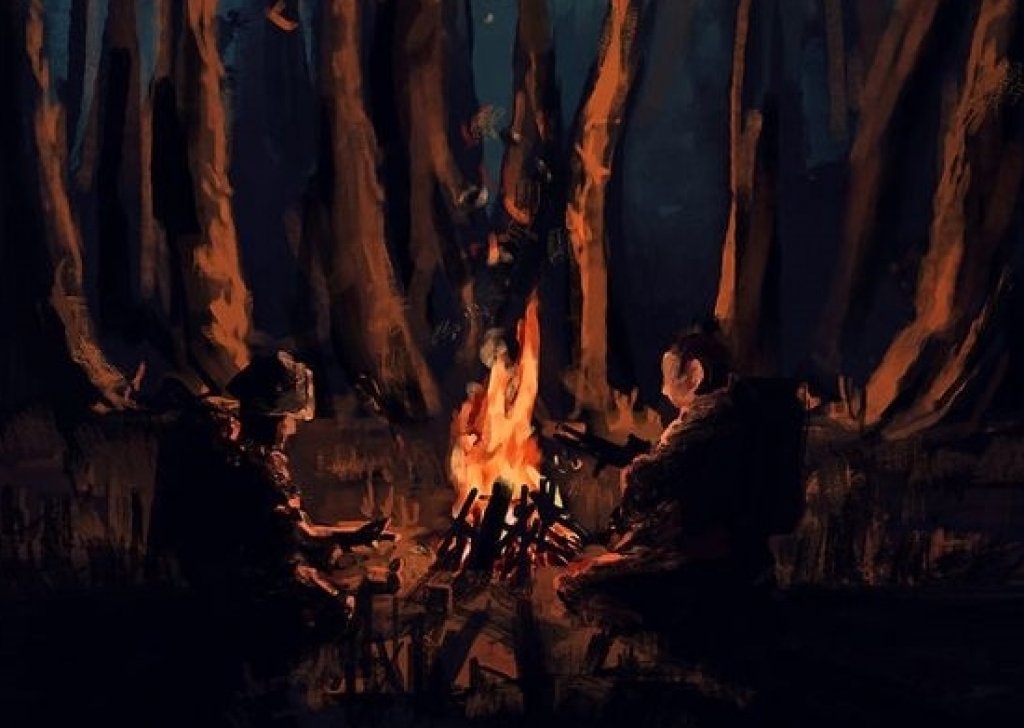