Having noticed some of the complexities in the previous draft, I thought to boil it down to the basics. I wasn't using enough of Beyond the Wall in the design of the class, and in BtW magic is kept pretty simple. I'm a big fan of magical research, so priests are themselves casters with a pretty limited amount of spells they can draw from (which cause God's Wrath, rather than usual spell calamity rules on a failure) but their big deal is they have Blessings which are tied to Ritual Denials (which you take one at every level).

Also included: Starting Weapon, Specialty Gear, and Liturgic Item Generators. Name/Title/Order Generators. Random Verses/Psalms/Prayers to Quote Generators. And a d30 of specific beliefs, which may or may not be true, but should guide action within the sandbox.

I'm happier with this for my Dolmenwood gaming purposes. Fluff is the same, but mechanically they're sort of their own thing. A bit low powered save for certain situations, but that's how I feel most classes ought to work.

The Priest [Fluff]These individuals are mere lay-priests, mendicant friars, and wandering pilgrims who through faith in the power of the One True God, wield the favor of the Divine and act as His agents within the mortal world. They perform holy sacraments and grant blessings to those who would act in the service of the Almighty, and their time spent in theological education has granted them arcane knowledge to the formulae of spells that run ragged between the material world and that which lingers beyond. So long as they remain loyal and devout in their ways, they may call upon a higher power to aid them. But such devotion and loyalty is always open to interpretation, and ones goodly priest is another’s fire and brimstone preacherman or zealous inquisitor.

Priests are themselves not unformidable in combat, though only those of certain theological interpretations would view it as something to actively pursue when proselytization and diplomacy are possible. Each may call upon the One True God for blessings a number of times per day, and their blessings may be invoked in a myriad of utilitarian ways. Spells are generally learned from an upbringing spent reading illuminated tomes or by making pilgrimages to various shrines and forgotten priories that subscribe to those same interpretations of the One True God and his text.

Priests must subscribe to a specific form of denial in order to preserve their union of devotion to the One True God, and those who fall from such a path must make atonement by visiting a number of holy sites equivalent to the gravity of their sin, donate all material coinage to the causes of the Faithful, and rely solely upon the bonds of friendship and charity given to them by those who are not members of the clergy.

Class Features
Ritual Denial: All Priests must subscribe to a specific form of denial in order to prove to the One True God their willingness to go without base comforters that make life easier, as a way of proving their desire to form a union under His Grace. Such denials may include:

Atonement: Priests lose all ability to cast spells, orisons, blessings and chastisements should they knowing and willfully indulge in one of their Ritual Denials. Should this happen, a Priest must seek atonement by undertaking a pilgrimage to a number of holy sites equivalent to their class level. They must donate all material wealth to the first church they come across (though it may be recovered once atonement is achieved), and they must rely solely upon the charity of companions and strangers to feed, clothe, and shelter themselves until they finish their pilgrimage.

Blessings: The Priest may make a number of blessings per day equivalent to their level. Priests need to be able to make a hand gesture or to brandish a symbol of the Deity (be it a book or holy item) in order to invoke the power. Priests may not bless themselves, but they may bless items for their own use. All Blessings that are not instantaneous effects (such as healing) last a number of hours equal to the Priest’s level.

Blessings may be used in the following ways.

Lore-wise: Priests are educated well in the texts and studies of the One True God and the interests of His servants. Priests may identify plants and mushrooms at a rate of 3-in-6, are literate in the liturgic tongue of the faithful, and may identify the gravity and cause of wounds or ailments at a rate of 2-in-6.

Divine Spellcasting
Priests begin play with a number of spells equal to their Wisdom Modifier, chosen from the list below. Priests may learn additional spells of a divine nature or of Good or Lawful Alignment, but they must expend resources by engaging in theological research, akin in mechanics to the magical research undertaken by magic-users.

A failure on a spell-casting roll invokes God’s Wrath upon the caster, which gives them a further -1 to cast spells as well as a specific strange penalty which compounds the further on the Priest continues to tempt fate. Unlike a magic-user, a Priest can still cast spells after invoking God’s Wrath.Priest Spell List: Alleviate Discomfort, Calm Emotions, Clarity of Speech, Commensality, Inspire Courage, Gather the Faithful Guidance, Prayer of Mending, Sense Sorcery, Enlighten Memory, and Resist Sorcery.

Spells are described in further detail, below.
Priest Name Generator
*Liturgic Feminine names should be adapted by changing the masculine -us to the feminine -a, -illa or -ina.

Liturgical Item
All priests carry with them a liturgical item from their time spent within the clergy, which they may use as a focus for blessings or simply as a show of their place within the Church of the One True God. To generate one’s personal liturgical item, roll a d12 to first determine the type of item and then roll a d12 two more times to determine special details. Or should it be easier, you may just as easily roll a single d12 and read the results across.

Priest’s Spells in Detail:
Alleviate Discomfort - A number of creatures equal to the priest's level cease to feel any discomfort caused by nausea, sickness or pain.

Calm Emotions - A number of startled or frightened creatures equal to the priest's level are soothed to calmness.

Clarity of Speech - The priest or their target’s speech becomes clear and free of impediments for a number of minutes equal to the priest's level.

Commensality - The priest says a short prayer before a meal, granting all those who consume the meal within the presence of the priest to either gain 1 Temporary Hit Point, or to be healed 1 Hit Point. This spell may not be cast upon a meal that was gained through ill-gotten means.

Inspire Courage - The priest may grant a +1 bonus to Hit on one's next attack roll to a number of individuals equal to the priest's level.

Gather the Faithful - The priest invokes a sense in the patrons of the Church (within one mile per level) that the services and charity of the faithful are to be needed. This does not provide any compulsion to act in such a way.

Guidance - The priest grants a +1 bonus to Wisdom or Intelligence checks to a number of individuals equal to the priest's level for the purposes of determining the right course of action to take during a moral dilemma.

Magic Sense - The priest may sense the presence of magical influences within five feet, though they have no way to determine the spell or means of which the magic was the cast. They may read targets of failed saves against Ensorcellment, Enchantment and Geas for a number of days equal the priest's level.

Enlighten Memory - The priest grants a +2 bonus to any checks made to recall the exact appearance, wording, or meaning of an item, text or message.

Resist Sorcery - The priest grants a +1 bonus to the next saving throw against Ensorcellment or Enchantment, so long as it occurs within the presence of the priest or a blessed item.

God’s WrathGod’s Wrath is a table of consequences for those who are acting out of accordance with the Divine, a situation that can occur without the caster needing to do so with purpose. God’s Wrath afflicts the caster for a number of hours equal to the Priest’s level, forcing a -1 penalty to all rolls until the time expires or they perform full rites of purification and prayer which takes at least 1d4 minutes per level of the caster.  God’s Wrath triggers automatically if a spell would benefit an Evil Aligned creature, hitting both the target and the caster. An Evil Aligned creature struck by God’s Wrath takes 1d4 damage for each level of the caster, erupting their flesh in blue flame and silvery smoke.God’s Wrath

Religious Superstition/Specific BeliefKnowledge is power within a sandbox, and these following points represent a distinct and specific belief or superstition held by the priest. The truth of them is open to interpretation by the GM and the Player, but acting upon such things should be rewarded and challenged. Priests should begin play with two beliefs of this chart, picked randomly. Should you roll the same result twice, you believe this with great conviction.

Random Prayer/Psalm/PassageShould the priest ever need to flip open a prayer book and quote a passage to justify what they’ve done, roll on the following chart. 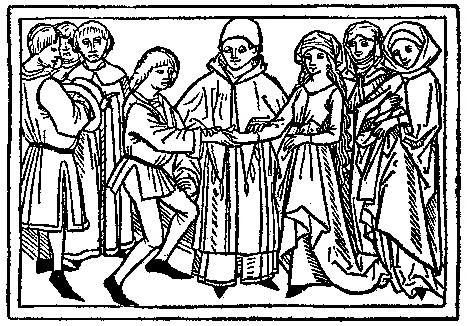