I'm to be starting up a new Dolmenwood campaign shortly, and as such I felt to add some material to my character generation documents. What follows are some listing of surnames and family foundings, for use with some of the generator content for Henchmen found in Wormskin #7. There's more content to come (I've been working on some Level 9 Stronghold/Gift stuff, but that's taking quite a bit of time), so here's some stuff in the mean time for making human characters for the setting. 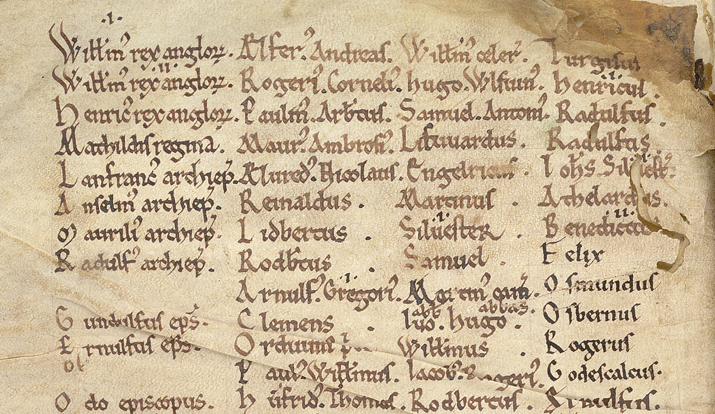 Names & Families
Not all family lines are created equal, and even those of prominent means can fall into languid ruin. Use the following tables to determine your family name, common or vaunted.

Only those knowing deeply of bloodlines and titles can tell the distinction, and seldom is there power to be gained in this.

1. Your ancestor took care of their spouse after a bandit raid on the settlement almost saw them dead. They held bitterness to those marauders, long after age and circumstance would’ve seen their enemies dead.

2. Your ancestors worked the same trade, they drank together, and soon enough were betrothed. They never really loved one another, but they respected none more than the other.

3. Your ancestor married the sibling of their true love, who was lost in a botched exorcism which saw the family line forever blighted in the books of witch-finders. Long has this whim of cruel fate tarnished the family line.

4. Your ancestors were hated enemies, forced to cooperate in the face of a greater threat, which lead to friendship and eventually to love. In their dying days, they laughed at the hate which once clouded their hearts.

5. Your ancestors met at the burial of a mutual friend, and though the weight of loss always seemed to bedraggle them, they wrote many a letter about their scant happy years. They seemed happy towards the end, as if appreciating a cessation of miseries.

6. Your ancestor was a brute, a vicious creature of rough hand and cold heart. How their spouse survived them all those years is a matter of family lore which changes depending on who is asked. The most common theory is the spouse murdered your ancestor, for their own survival.

7. Your ancestors were friends since childhood, raised on the same wet nurse some have said. They had a penchant for mischief and greed which followed them well into adulthood, and though they died penniless; their ambitions were always of note. Perhaps as a cautionary tale.

9. Your ancestors served the Church, and their buggery was a breach of conduct which nearly saw them excommunicated. A sermon on the nature of mercy and hospitality towards the injured and tired was a controversial choice for your ancestor to preach, but it saved them from the lash.

10. Your ancestor was a nearly divine fool, often nude, often drunk, often freezing to death in the streets. They met their partner on a cold winter evening, shared a warm wassailing cup of cider and mint; and things felt less foolish soon after that.

11. Your ancestor stole their spouse from the Elflands, or so the family claims. It’s why your line is comely and beautiful to gaze upon, but also why the lot of you are sorrowful and prone to wanderlust. The Faeries have their own thoughts on this, most of which are mocking.

12. Your ancestors fought in a grand territorial dispute, Only after they’d claimed some degree of supremacy over all others would they marry and make merry. They were eventually undone by their many enemies, but the family line lives on.

1. Your ancestor was a bon vivant, powerful of word and aflush with coin. They had many suitors, and many more lovers. It is unknown if your branch of the family were the true born or the bastard born, but few in your family are as kind and carefree as its founder.

2. Your ancestors fell into diabolism and hedonism. They were debauched, sadistic, and felt that no righteous hand could ever stop them. One in your line was fierce enough to put the rest to the torch, to claim their filthy lucre, and to rebuild a more chatse and humble kindred.

3. Your ancestor held an estate of antiquated stone, and in isolation found only madness. They would marry, first their spouse, then the children produced by that spouse. They would create a brood, malformed and sick of mind. In recent years, things have been...cleaner.

4. Your ancestors were heroes, champions of the realm who waged blade against wicked foes. The family estate changed hands many times over the years, but you still bare a set of colors which any noble of worth can recognize from the stories of old.

5. Your ancestors wagered with coin and mercenaries at a time of great need. It earned them further coin and the force of arms to protect it, as well as the enmity of the ruling nobles. Even now they plot against your family for deeds done in ages long past. They call you an upstart.

6. Your ancestry can be traced to the upper echelons of the Church, to bastards born of bishops and cardinals, redeemed in the eyes of martyrs, and left to found a family with indulgent coin and unearned comfort. Many in your family find it hard to hold faith as easily as they hold a coin.

7. Your ancestors waged war against the heralds of Hell and all those who would bend the knee to infernal powers. They fell into paranoia and infighting, dark pacts with lesser fiends in exchange for the means to defeat greater beings. Your estate is in ruins, your family scattered or corrupt, and a dark hate clouds your heart at the worst of times.

8. Your ancestor was a fetch, a mock, a changeling; and you were born from its lines. It is a family secret, learned upon the passage into adulthood. You are a servant of an Elfland lord, a slave despite the wealth festooned about you. Your free will is your own, though it does not often feel that way.

9. Your ancestors were explorers, adventurers, and looters. Your family estate was built on the wealth pilfered from tombs raided and people’s plundered. You are in many ways devoid a sense of family identity that is not built upon conquest and the extortion of others.

10. Your ancestor was related to royalty, and though their claim was distant then and distant further still now, it saw them reason to hide among the common man. Your estates were never lavish, though they were comfortable. Your family line and colors appear more in ancient scholarly works than upon any banners.

11. Your ancestor was made to bed a progeny of the Goatlords, so as to secure an alliance of power between your factions. Every so often one in your line is born Goatish, and this is a mark of shame in these modern times. The Goatmen still acknowledge your house colors, for sake of hospitality between your people.

12. Your ancestors were scholars, aides to true nobility, and gained their name and power from noted discoveries at the start of now prominent crafts. They were skilled in their craft and skilled further in their studies. You know their penmanship, and those of their students, from countless hours spent reading their works as a child.
at April 05, 2019